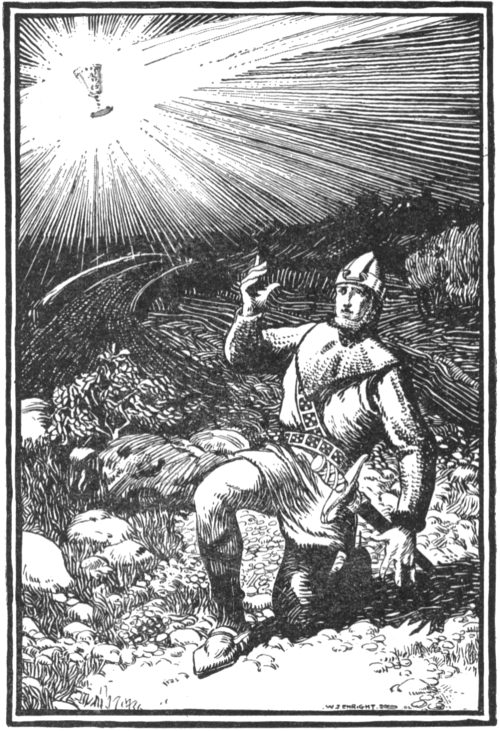 When we start, I give them a big question, one that can not ever be fully answered, but one we should be asking for the whole year and a whole life time. We spend a huge amount of time on it at school because I want the question to be seared into their hearts and minds. A tattoo on the soul, a reminder of what we should ever be asking.

I laid 100 books about religion on the big table the Sunday before school began. I looked at all the covers and then I flipped them open to see if some kind of vision would appear before me– Moses and his burning bush, the Buddha’s flaming lotus tree, a grail hovering about the Fisher King—some kind of sign. I opened a book about Gauguin. I flipped open the center-fold of his great masterwork, “D’ou Venons Nous. Que Sommes Nous. D’ou Allons Nous.” Translated, the title is “Where do we come from? What are we? Where are we going.”

Where do you come from?

Of course, they answered predictably.

I pressed them. Where ELSE?

Porter Hospital. My parents. A sperm and egg. My grandparents.

Yes, that also. And what else?

From making art. From being a little kid. From my bed. From the sun and rain. From the food I eat. From the stars. From dirt.

Yes. That and more.

Here is a snippet of the more we came up with on Wednesday.

From playing in the high grass. Torches at campsites. Listening to crickets while laying in bed. From my parent’s divorce. From my tears and despair. From the charcoal smoke on our grill. From Acadia and the Badlands. From Percy Jackson and New Mexico and cairns by the river. I am from my mother’s fabric scraps and calling bunnies “bun buns.” I am from Oma and Ming Ming. I am from smashing rocks with a hammer. I am from under the covers and playing with my sisters. I am from long drives and looking out the window. I am from leaves and darkness. I am from anxiety. I am from not knowing what I want to do. I am from my coaches. I am from loneliness. I am from not saying what I should have said. From lights and the Grateful Dead songs my father sang me and listening to Black Sabbath. I am from Tom Petty and an old guitar. From hydrangeas and bleeding hearts. From grass and the river. The sound of a ball and a wooden bat. From wiffleball and yesterday. I am from the Doug Walker rock and I am from the North Branch School.

Pedagogically speaking, the aim here was to open up the world. Our subject is ourselves (how could it be otherwise with adolescents?) and our selves are composed of infinite granular parts, each one a galaxy unto itself, and all worthy subject of our exploration. Nothing should be left out. Nothing is not important. The door is wide open and we want life to come in—roaring, singing, crawling—it doesn’t matter. Whatever comes in will be our subject.

I said to them the words of Jack Kerouac: “Be in love with your life, every detail of it.” I want them to believe this. But when I say “love” I mean something elusive and veering slightly from what we might think of in terms of romance or pleasure. I mean in it the way of wanting them to treasure what they are given. To learn to look at it, whatever it is, hold it close, as hard and as long they can. To not be afraid of it, to the extent possible, but to allow it in, even as an unfriendly visitor, and try to make something good of it. To look at each particle of their existence and try to understand what it might mean, to see it as a message or a sign, and have the strength of mind to listen to what is being told. This also means, of course, looking at negative forces. intrusions, flaws, or mistakes as an integral part of the whole that must come to be known. Because we are from those unsavory inputs as well as the autumn leaves, hot chocolate, and houses that are safe from cold weather. If there is any core teaching at the NBS, it is that we must learn to confront ourselves, however we appear, and however life comes to us. I want them not to shy away, from each other or themselves or whatever life, whether near or distant, presents. So when I refer to this Kerouacian love (as I choose to think of it) I am thinking of how we become stout hearts, hearts of oak, even in the face of difficult, knotty, or messy things.

From the first question, we moved to the harder question. Where am I going? “Whither goest thou, America, in thy shiny car in the night?” writes Kerouac. It is easy enough to see the loam and experiences from which we are born and thrive. But it is altogether more difficult to figure out how to direct our lives and be in the world. I have found after some number of many years, that this age (12,13,14) is a prime time to begin thinking where “I come from, what am I made of, and where am I going.” True, the last question is a little scary, because to properly enter into it, one has to be willing to stand on the edge of what is known, and begin picking up different threads that lead forward into an unknown future. “All of life is a foreign country,” says Kerouac. But that foreign country, the journey there together and alone, is our present subject.

I told them a version of the story of Percival. The aspect I wanted to impress on them was how from an early, childhood state of natural freedom, Percival was then slowly (at age 12, no less) inducted into the world of courtly rules, laws and traditions. He learned to be a knight, and a good one, so good that, when faced with his most critical moment, he followed the code of Knightly decorum so perfectly that he failed. See, he had found the grail castle, which was nestled in a complete wasteland. And in came the Fisher King on a litter, barely alive and suffering terribly, with the grail hovering and glimmering in the air above him. Percival’s deepest inner heart, his natural-state child self, was moved by the king’s suffering. He wanted to reach out and help him and ask him what was the matter, to extend an empathic, compassionate self, the same self that weeps to see the suffering of a small bird hove from its nest. And as a child, this is what he would have done. He would have followed his heart and asked, “What ails thee, King?” But his Knight’s training had taught him to not ask questions. So he didn’t. And the grail disappeared, and the king remained ill, and the land remained a wasteland, and it took Percival five more years of questing, suffering, trials and tribulations, to finally come back to the Fisher King and finally ask the right question, which, once asked, brought life back into the world.

(Grail scholars, forgive the mangling of this tale. Sometimes we bend literature to our will, not the other way around).

Of course, I wanted them to think about their child selves and the world into which they are entering, which has many more rules and codes and laws and norms to which they will be increasingly subject. I also wanted them to think about not forgetting their natural selves, to know that growing up has a lot to do with balancing the inner child that lives inside, with all her knowledge, tenderness, sense of justice, fairness, curiosity, non-judgmental love of the world, and the other part, that must come into some kind of harmonic relation with laws and norms. And to learn how to integrate the two worlds. I also wanted to think about how long the quest may be (ongoing, a life-time, five years) and to know that it takes time and devotion to the quest to get to the place. “Long is the way, and hard, that out of hell leads up to light.” (Milton, Paradise Lost). They, like Percival, will make mistakes, have to turn back and start again. It ain’t easy. And we don’t want it to be. They, like Percival, will have to pierce the veil to see what lives on the other side. They, like Percival, will have to pierce the valley—the middle path—to find their one right true path between all extremes and options.

Kids this age are primed and ready, to a wide range of degrees, to begin the adventure in this foreign country. I do want them to think of themselves as Percivals and Galahads, (“We are all Galahads, you know…”(Joseph Campbell) and to believe that castles and grails await, if they are willing to venture out.

So when I began asking them whither they goest, they had the beginnings of some prime destinations. Not Mansions or Lamborghinis or Pop Star Status, though these may have glimmered momentarily somewhere in a previous lifetime. But the grails toward which they must move now. A world they know exists, but which they have not fully entered. A way of being that is more noble, more gracious, forgiving, soulful, textured, thank-full, or wise. What is the part of them that remains incomplete and needing tending and fertilizing? What of them has been neglected? What wants work, sharpening, or defining?

This is just the beginning. And the work for them, once they’ve done the work of identifying a grail, is to locate the experiences and possibilities behind or before them that will help them put meat on the bone (or leafs on the stalk). That is the work now before us.

In the meantime, we began reading “My Papa’s Waltz” by Theodore Roethke and “Those Winter Sundays” by Robert Hayden. We are trying to be at ease NOT knowing what the poem is ‘about” and focusing more on what we see and notice in the poem, the details, and textures, and oddities, and then to ask, with as much ardor as we can muster, “what does this poem make me feel? Remember? Think about?”

We began learning how to do a “meeting.” Find a poem. Build a Church. Use a screw gun. Use the pythagorean theorem to figure out the length of a roof rafter. Make a burning thing a symbol of our highest aspirations. Make an origami star. Ask a question. Figure out the most important question about climate change. Decide whether something is a chemical or physical reaction. What to do when you find a dead deer in the woods. How to take free kick in soccer. How to properly take care of someone else’s feelings and/or tools. How to “connect” to the internet; Draw a block. What the meaning of “Harbinger” is. How to clean the school.

And, finally, we began to learn how to think by using the thoughts of others to spark our own. When one speaks, doors for those around us open. One kid says, “I played guitar with my dad last night.” That triggers a thought in a classmate, who then says, “I got to spend time with my dad every afternoon this week.” One kid says, “I am happy that I get to come to this school,” and that prompts another to say, “I am afraid to see my old friends from my old school.” One kid says, “I like how lit class felt on Wednesday,” which prompts another to say, “I liked re-reading ‘My Papa’s Waltz’ again after reading it last year. It feels like whole new world.”

We want them to learn to see that every day is a whole new world, and there is no end to it.