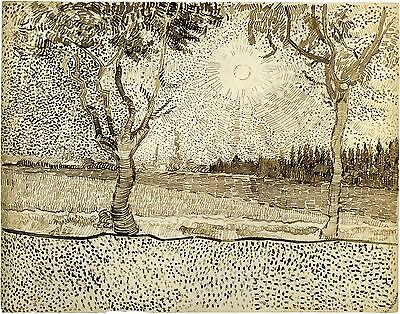 Weekly Quotes. These were compiled by ninth-grader Elise Heppell from the last week of NBS online school. From classes, the meeting log, and other sources.

“I don’t want to just go on through life doing nothing because that won’t get me anywhere, and I need to do more, I just don’t know what more there is to do. — Maggie, from part of her meeting comment in the morning

“I ran around the yard with Rusty in my fuzzy crocs and we chased the squirrels that were shocked by it snowing. ” — Sam; from part of his meeting comment in the morning

“’You can control your reactions to the world around you,’ I have said to a lot of people. It was time to take my own advice.” -—Steve, from part of his morning meeting comment

“I wanted to keep [Sasha] safe from everything. Even though he was older than me. I wanted him to be my little brother. So I could protect him from things. I did not want him to cry or get angry. I wanted him to be happy with what he does.”  — Dinara, I will let you guess on this one

“If you go to a store where they’re sold out of everything. There’s no flour, no bleach or anything, they will still have Grapenuts.” —Steve; in the ninth grade math class

“I think when you guys are feeling low it’s because you’re not connected to your gut power.” — Tal, in the ninth grade lit class

“My actors are busy at the moment.” —Luke, on the all-school google chat, stating his excuse for not having made a video for the NBS film contest yet.

“If you want to expand your mind, you have to push yourself. You have to elevate to another step. Find a new perspective.” — Tal, from part of his meeting comment this morning

“I think that is what photography means to me. It is just a vehicle that transports me to the time and place that I took the photo. I can remember what I was standing by, who I was talking to, and what my emotion was in most of the photos. It is something that I truly love to do, and I hope I can share the slideshow with all of you.” — Giles; from part of his meeting comment this morning

“Death by pufferfish.” —Steve; during the nineties’ math class, commenting on one of the ways to fail Viv’s Scratch game

“The comedians keep going.” — Tal, during the nineties’ class with him, talking about how it’s odd for him to talk into a computer and not have an audience, and that for comedians an audience is half of the performance.

The following are from MLK Jr’s Letter from a Birmingham Jail: “I am in Birmingham because injustice is here . . . I must constantly respond to the Macedonian call for aid . . . I cannot sit idly by in Atlanta” “Whatever affects one directly affects all indirectly” “No one who lives in the United States can be considered an outsider” “In these workshops, we asked them, ‘Are you able to accept blows without retaliating?  Are you able to accept the realities of jail?’” “For years now I have heard ‘Wait’ . . . it rings in the ear of every Negro with a piercing familiarity” “Our destiny is tied up with America’s destiny” “But what else can one do . . . but write long letters, think long thoughts, pray long prayers?”

“Today is the last day of freedom. As of tomorrow, everyone is officially put under a stay at home order.” —Celeste, from her afternoon meeting comment

“Wallace and Jasper, Lockdown Buddies.” —Rose; from her afternoon meeting comment, sharing a picture of the dogs lying on a rug together

“Celeste also shared her mom’s arm (as part of her skin project.)” — Rose, from her afternoon meeting comment

“I have hope every day that we will get to laugh like that with each other really really soon again, but for now, insane laughing like that feels really really good.” – Iris; from her afternoon meeting comment

“He was locating one of his own.  He was trying to locate humanity.” — Iris, during the nineties’ lit class, talking about McMurphy singing in the bathroom one morning

“Sam, you’re speaking out of a robot’s ass.” —Nate and Tal, during the nineties’ lit class, commenting on Sam’s speaker sounding strange and not working

“I don’t know if I’m supposed to hate my parents, and love my phone more than love itself, but for the time being, I have the space to be whatever I want at North Branch, and I chose to play with Beyblades with my class. I chose to play manhunt in the woods, and carve pumpkins for Halloween. I chose to strain myself working on the play and writing stories about love. I chose to jump off cliffs into the water, and I chose to dance in the light.” — Iris; the last sentences of her three-part story, which she sent to the ninth graders to read

“I think we all have a base understanding that we shouldn’t settle for going small.” — Tal; in his afternoon meeting comment

Quotes from MLK Jr’s The Drum Major Instinct speech: “Let us look calmly and honestly at ourselves, and we will discover that we too have those same basic desires for recognition, for importance, that same desire for attention, that same desire to be first” “We all have the drum major instinct; we all want to be important, to surpass others, to achieve distinction, to lead the parade . . . and this desire for distinction is the basic impulse, the basic drive, for human, human life” “Everybody likes [praise] as a matter of fact, and somehow this warm glow we feel when we are praised, or when our name is in print, is something of the vitamin A to our egos” “this perverted use of the drum major instinct led to the most tragic expressions of man’s inhumanity to man” “they have 20 megaton bombs in Russia right now that can destroy a city as big as New York in three seconds with everybody wiped away and every building and we can do the same thing to Russia and China! . . . nations are caught up with the drum major instinct” “[Jesus] said it’s a good instinct if you use it right, if you don’t distort it” “[Jesus said] keep feeling the need for being first, but I want you to be first in love, I want you to be first in moral excellence, I want you to be first in generosity” “true greatness comes  not by favoritism but by fitness” “I want to leave a committed life behind”

“I guess the best thing to do now though is to just focus on today.” —Isabelle; from her morning meeting comment

“I want to get to the point where people say of my work, “that man feels deeply.” —Van Gogh, in a letter to brother Theo, from the Van Gogh documentary Tal showed in his class

“No one was buying his painting . . . but he kept a belief that he was doing what he needed to do.” — Tal, talking while pausing the documentary

“I think he used himself as a model to try different styles.” -—one of the speakers from the Van Gogh documentary

“It still doesn’t feel real that we might not have school at school again. It seems so completely impossible. But we never know what is going to happen. It is going to be terrible if we don’t get back. But we still have time. So we can’t just say it isn’t gonna happen. It might not be looking up. But if we don’t think positively about anything then we won’t enjoy the time we have. We still got time on this. We have gotten so much better at it. And once we get fully ahold of it we are going to be professionals. So if this is what we got. We are going to be the best online school in the state. We aren’t going to be like my dad’s students and not care and be happy school is over. This is going to be the best online school ever. So everyone full send into this. We never know what is going to happen. Just don’t give up at this because of what is happening.” — Sam, his afternoon meeting comment

“It is good from time to time to think about what your mind dwells in and ask if it is dwelling in the best places possible.” —Tal; from his afternoon meeting comment